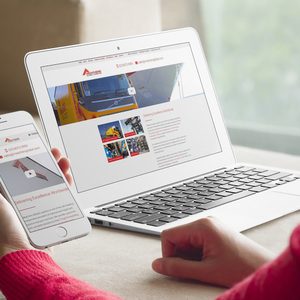 Transitional Simplified Procedures should be for all involved in visible international trade movements, including freight forwarders.

Commenting on the recent announcement by HMRC on Transitional Simplified Procedures (TSP) for Customs in the case of no deal on March 29th, Robert Keen, Director General of the British International Freight Association, says:

“As the trade association for freight forwarders, which are responsible for managing the supply chains that underpin the UK’s visible international trade, we have long campaigned for frictionless borders post Brexit.

“We note the publication of these Transitional Simplified Procedures by HMRC in the event of a non-deal Brexit, and are led to believe that they are aimed at making importing easier by simplifying the declarations at the border and postponing the payment of import duties that would otherwise be due.

“However, having reviewed the documentation that has been released, BIFA believes that they are aimed solely at those traders, which have not been previously engaged in international trade, giving an overview of the procedures available to those traders.

“Whilst some of the easements that they contain regarding simplifications and special procedures may make it easier for new applicants to obtain these authorisations, there does not appear to be equivalent liberalisation of the regimes for existing holders, such as freight forwarders.

“In many ways the documentation appears skewed in favour of new applicants for authorisations and actually discriminates against existing holders, particularly relating to special procedures.

“It appears to us that TSP allows traders without any customs expertise, and tried and tested systems, to by-pass the strict authorisation requirements which otherwise apply to freight forwarders and customs agents.

“If the above are the case this will be highly unpopular amongst freight forwarders and customs agents as they appear to be excluded from them and no-one seems willing to say why this is so. That is something on which we will be seeking clarification from HMRC.”

BIFA says that the TSP appear to confirm that if the UK leaves without a deal, the country will revert to trading with the EU on a third country basis, acceding to the CTC Convention, which may help goods move across frontiers. It notes that some BIFA member companies are already basing their post-Brexit planning on this model.

Keen adds: “If this is a true picture of the situation, we question whether the preparations are far enough advanced and whether the systems that will be needed are fully tested.”

He concludes: “It is all very well to write down these procedures, but the unanswered question is will they work when systems are largely untried, communication links between the parties involved on the processes are not established, many will be unaware of their responsibilities, and the freight forwarding companies that are at the heart of international trade movements appear to be excluded from them.

“TSP should be for all involved in visible international trade movements, including freight forwarders.”