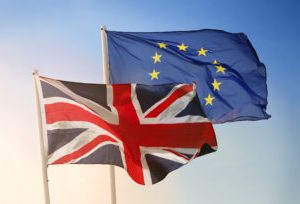 On 31 January and 1 February, the Members of the CLECAT Customs & Indirect Taxation Institute (CITI) met in Brussels. The main topic of the meeting was Brexit and all the related border procedures. Updates were given on the national practical preparedness efforts, such as procedures in ports and the Eurotunnel.

Over the past year, and especially over the last couple of months, numerous efforts were made to soften the blow of a no-deal Brexit by both government authorities and private sector stakeholders. Various stakeholders such as port operators, transporters and of course freight forwarders and customs brokers have started good cooperation initiatives to ensure that, for example, delays at ferry terminals can be minimised or at least managed in the best possible way. However, most of the preparations and communications are directed towards the companies which are established in the Member State in which the measures are taken. But it remains important that companies in other Member States such as Germany, Finland, Poland or Spain are well informed and involved in defining the solutions at the main corridors to and from the UK. With this in mind, CLECAT and its Members found it of great importance to share information and exchange best practices.

CLECAT’s French Member, TLF, explained about all the preparations made including the increase of human capacity and functioning of the IT systems. Special attention was given to the foreseen procedures at French side of the Eurotunnel. The UK Member, BIFA, presented the efforts taken on the other side of the Channel and focused additionally on RoRo and VAT postponed accounting. This was complemented by contributions by Belgium (CEB), the Netherlands (FENEX/TLN) and Ireland (IIFA). One of the main conclusions from the exchanges was that the UK is already clearly diverting from the (customs) procedures companies in the EU have become accustomed with over the past 50 years of the EU Customs Union. This requires adjustment and simply acceptance of that fact. Another important conclusion was that clear communication towards parties such as transporters and customers (shippers) is extremely important in the preparing for Brexit process. In general, ports and terminals will require companies to have prepared their customs formalities inland, before or after they cross the borders. This is to ensure that the least amount of congestion will occur at the borders and goods can move unhindered. If the formalities are not handled inland, companies will be turned away at the ports.

The last main conclusion was that inspections on agri-food products remain worrying, as they still involve in many cases physical inspections at the border and paper-based procedures. The capacity of veterinarians who perform checks is also not yet entirely as it should be. Nonetheless, specific exemptions are expected to be made for these checks, so inspections could be performed more inland.

Phytosanitary and veterinary checks were discussed additionally in the CITI, because of the ongoing discussions on the delegated and implementing acts of the soon to be implemented Official Controls Regulation. This regulation will provide several benefits and opportunities, but there are still risks of increased burdens and unlogic procedures to trade and transport. Lastly, the CITI discussed the ongoing implementation of the UCC, the re-assessment of authorisations and updates of the numerous IT systems which it incurs and the upcoming changes in the field of eCommerce for customs and VAT.