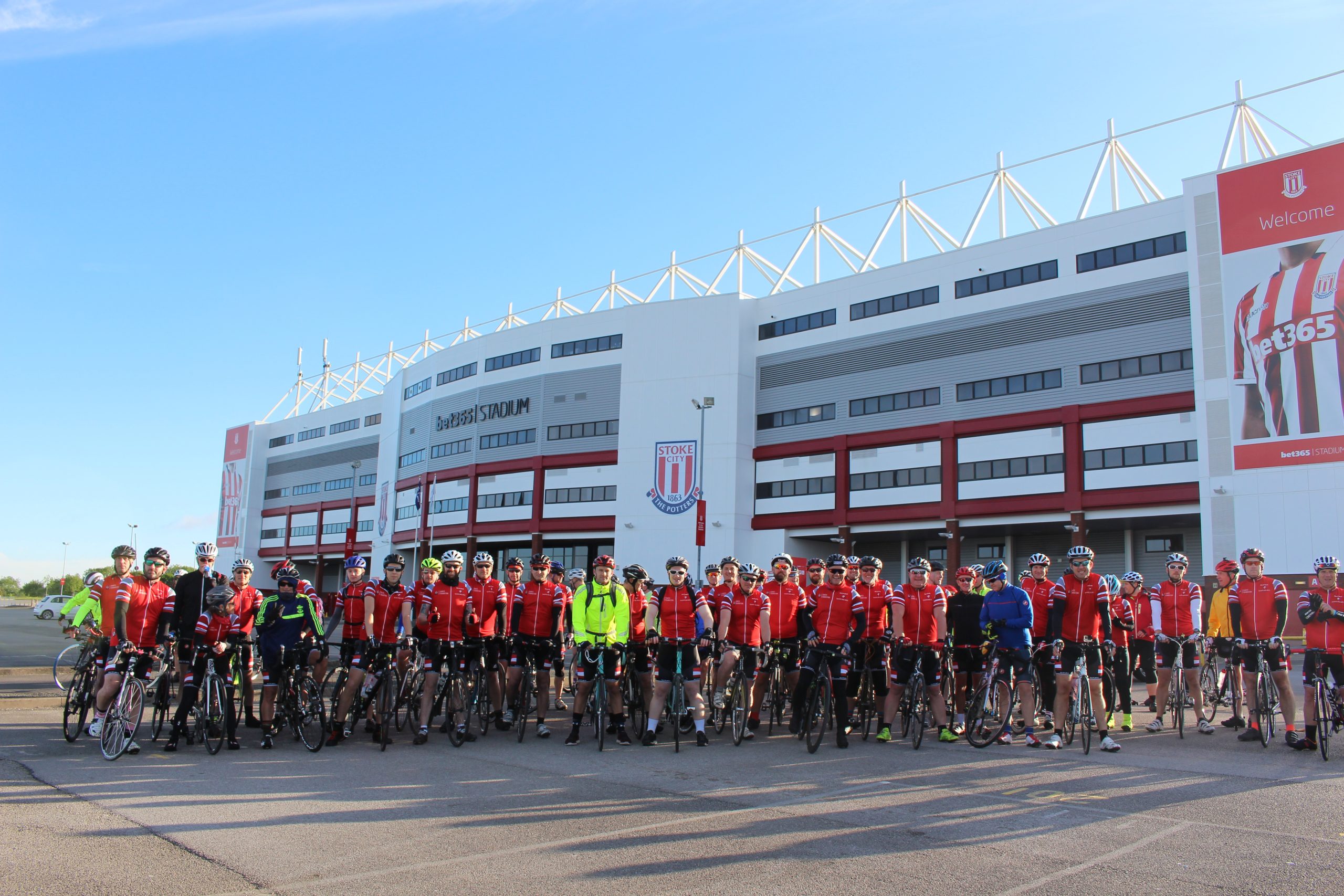 On a slightly chilly weekend in May, four of the Meachers staff joined 60 other budding cyclist to take on the Saints Foundation Big Bike Challenge from Stoke FC to Southampton FC, totalling 196 miles.

Gary Whittle, Mike Thorne, Mark White and Joss Donnelly had not realised what they had let themselves in for when they agreed to take part in the challenge, especially one unnamed team member who turned up with a mountain bike not a road bike! The Saints Foundation is an independent charity aligned with the Football Club. They aim to inspire, support and deliver positive change and equality of opportunity for young people and vulnerable adults across Southampton and surrounding areas.

The route was planned with help from The British Cycling Association and featured a great mix of beautiful country roads, challenging uphill and lovely well deserved descents. There were a lot of aching muscles after the first day when the group stopped in Cheltenham, but it gave an opportunity for the team to share stories from their first day – Like Gary having such a bad puncture that he had to be rescued by the support van.   After an early night and a very early start the team were all back on the road at 5:30am Sunday morning ready for the second leg.

You could hear the sigh of relief and massive cheers as the team passed the Hampshire sign and they were all supported along the route Saints fans heading for the game.

There was a lap of the pitch at half time to celebrate the fantastic achievement completed by all. The Meacher’s Team would like to thank everyone who supported them, let’s wait and see what the plan is for next year! The Meachers Team have raised over £3k from taking part and the whole event raised over £40,000 for the charity which is nearly double the money raised last year. 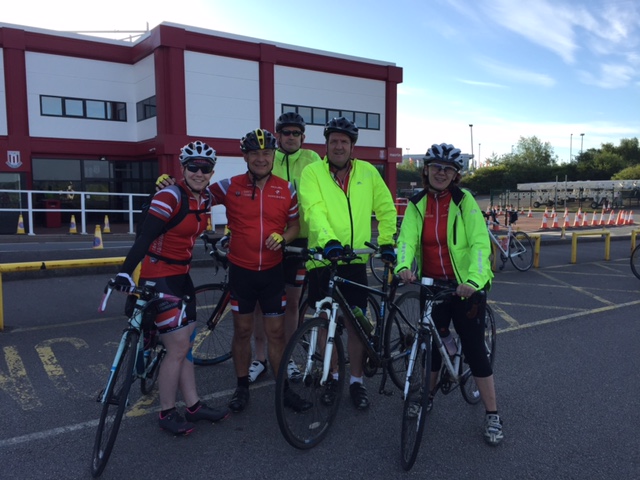